Do I Need to Declare Personal Income Tax if My Employer Paid it?

‘Income tax borne by employer’ is a form of income and is chargeable based on Section 13(1)(a) of the ITA 1967. This is because it is a form of monetary benefit arising from an employment. Let's have a look at an example that can help you understand why you have to declare it anyways. 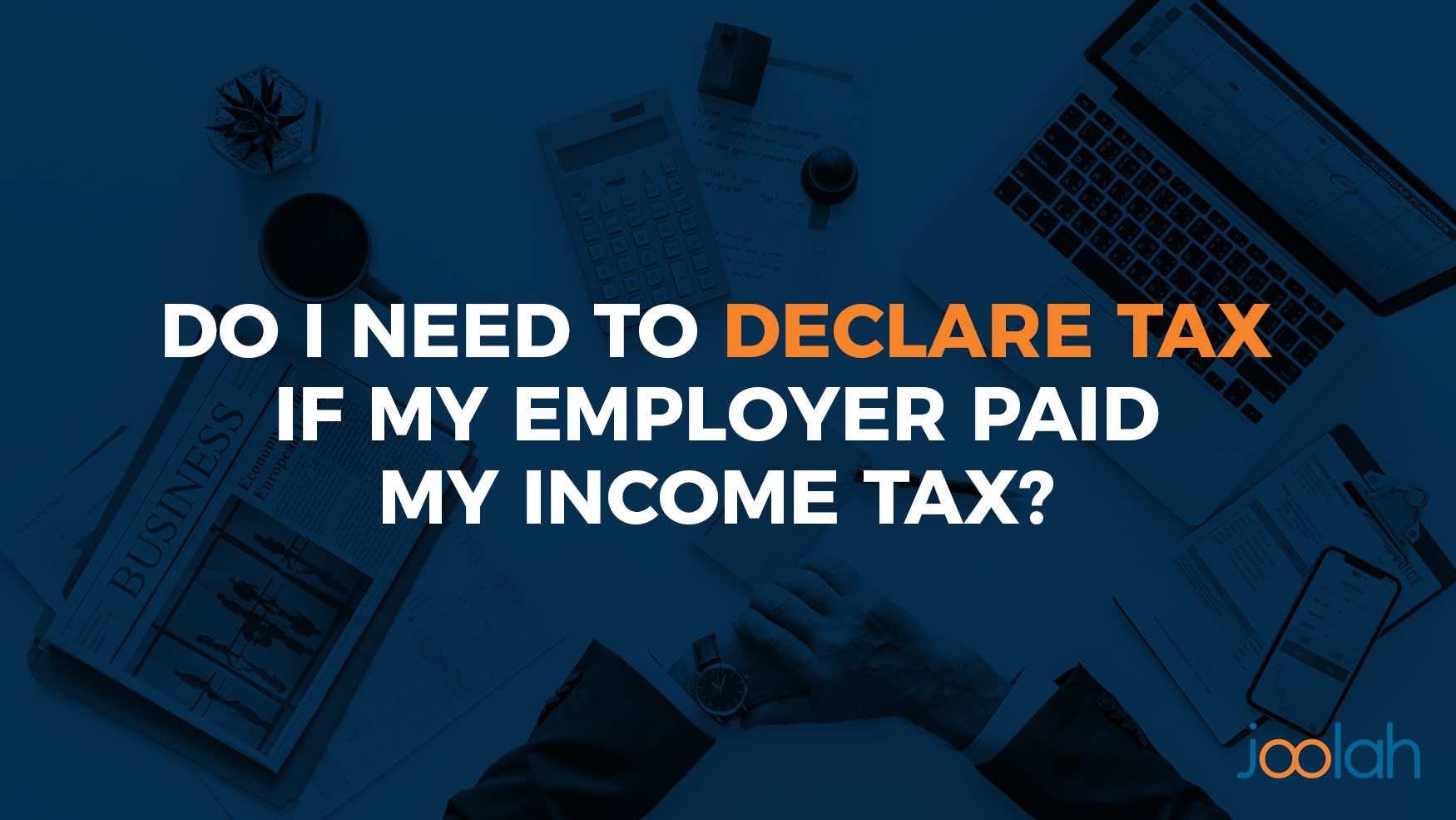 On 1 April 2018, I was promoted to be EJN’s Vice President. From it, I was given a raise in fixed salary to RM 15,000 a month. Also, EJN, my employer, offered to pay for my personal income tax payments starting from year assessment of 2017. Hence, I did not pay a single cent in personal income tax for 2017. In the same year, I’d received a bonus of RM 30,000, which amounts to two months of my new fixed salary.

In 2018, I’d claimed the following tax reliefs for personal income tax declared for 2017:

I intend to claim similar tax reliefs when I declare my Personal income Tax for the year 2018.

My question is: ‘Do I need to declare my personal tax 2017 paid by my employer’ in my upcoming Personal Tax filing for 2018?’

You may also want to read: 10 Things a Tax Payer Should Know. Don’t Gamble, Understand the Basics Income Tax Filing in Malaysia.

Answer:
The answer is Yes.

John is required to declare ‘his Income Tax borne by his employer’ based on the Income Tax Act (ITA) 1967 under Section 13(1)(a). It involves tax changeability of gross income in either monetary form or in kind which can be converted in cash arising from one’s employment.

In John’s case, I would calculate:

For 2017, John’s chargeable tax is calculated as follows:

John’s Personal Income Tax payable for 2017 is computed as follows:

As stated, EJN, John’s employer has paid for John’s Personal Income Tax for 2017. Hence, the amount of RM 16,220 is a form of income received by John in 2018. Thus, it would be declarable as John’s gross income for year assessment 2018.

Joolah makes it easy for you to get in touch with an income tax expert to help you with any tax topic. Fill out the information below and get 3 free quotes and non binding deals.

For 2018, John’s chargeable tax is calculated as follows:

John’s Income Tax payable for 2018 is computed as follows:

Read also: ESOS – What You Need to Declare When Filing Your Income Tax.

‘Income Tax is borne by employer’ is a form of income and is chargeable based on Section 13(1)(a) of the ITA 1967. This is because it is a form of the monetary benefit arising from an employment.

In addition to ‘Income Tax borne by employer’, Section 13(1)(a) covers a diverse range of monetary benefits namely – salaries, bonuses, gratuities, commissions, fees, loan interests, club memberships, children school fees, scholarships, asset given free of charge or sold at a discount, gift vouchers, public service awards & so on and so forth.

Your situation could be unique and more complicated.

If you need customised tax services, you may use Joolah.my, a free search tool that quickly refers you to a handful of highly qualified tax consultants. You may also use Joolah.my to sift out the best accounting, audit, and tax service providers in Malaysia.