Company Car Benefit | Should I declare it on my income tax filing in Malaysia?

It's a good question that we want to help you understand. In Malaysia, "company car benefit" falls under Benefit in Kind or BIK in short form. Let's have a look at how you can declare it by giving you a real-life scenario 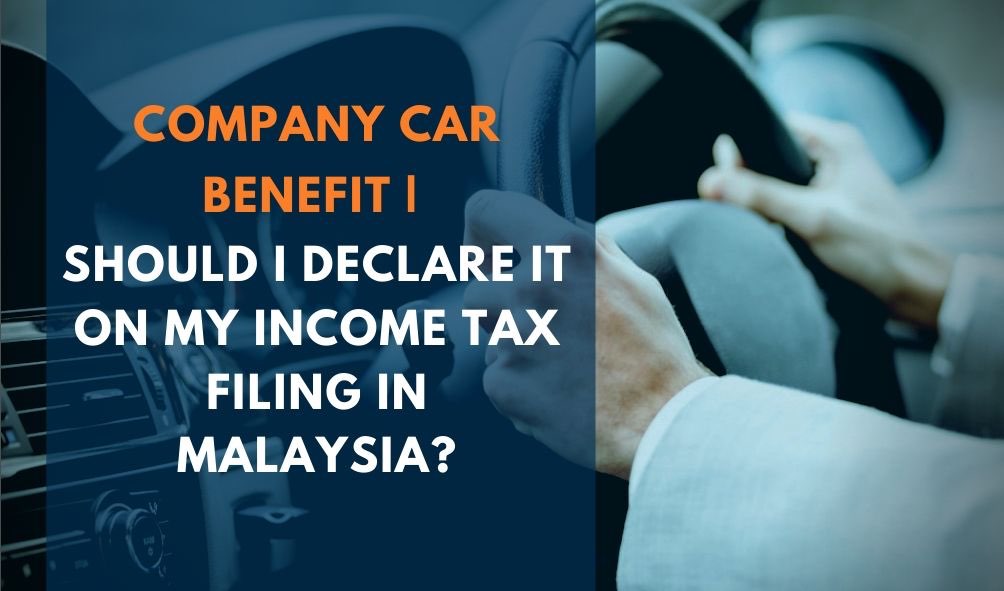 Question:
Hi, my name is James. I am working for P-Tech Sdn Bhd, a manufacturer of high-quality microchips in Malaysia.

On 1 April 2018, I was effectively promoted by a Project Engineer to a Project Manager by my company. In addition to a bigger paycheck, I was also granted a company car benefit which is Mazda CX-5 and free petrol for both business and private use. Petrol is provided and paid for by my company. That is totally awesome!

Lately, I had received an email from the HR director of my company as a friendly reminder for me to declare benefits and remember to pay the income tax payments on the company car benefit. The email was sent with an attachment that contains the details of Mazda CX-5 and my petrol consumption as follows:

My question is: ‘Do I need to declare income tax for the company car benefit I get? This is because I do not own the car. The car belongs to my company. If I need to file in income tax, how much should I declare to the Inland Revenue Board (IRB) of Malaysia?

Is your company giving you accommodation benefit as well? If yes, read this: Benefit in Kind | Living Accommodation, how to declare in Malaysia

a. Free Use of Mazda CX-5
b. Free Petrol

The next question is: ‘What is the value amount in Ringgit Malaysia (RM) James needs to declare for the benefits stated above?

As at 15 March 2013, the Inland Revenue Board (IRB) of Malaysia has published its Public Ruling (PR) 3/2013 – Benefits in Kind (BIK) where it details a handful of formulas to ascertain the value amount of various BIKs offered to employees by their employers. According to PR 3/2013, there are two methods James can use to ascertain the value amount of his free use company’s car and petrol n order to declare on income tax filing:

a. The Formula Method
b. The Prescribed Method

The PR 3/2013 assesses the annual value of using the Mazda, as a company car benefit based on the formula as described below:

a. Purchase Cost of Car refers to the actual cost incurred by the employer.

According to the Formula Method, James needs to declare the income tax filing for the full amount paid by his employer for his petrol consumption of RM 6,000 over the last 9 months.

Read also: What You Need to Declare When Filing Your Income Tax.

From above, James was promoted on 1 April 2018 and had used the benefits of both free use of the company’s car and petrol for 9 months. Based on the formula method, the final amount James would need to declare on his income tax filing is RM 13,200.

Joolah makes it easy for you to get a tax expert to help you with any tax related matters. Fill out the information below and get 3 free quotes and non binding deals.

Alternatively, PR 3/2013 allows the values of both James’s use of the company’s car and petrol to be ascertained under the prescribed method according to a scheduled under Appendix 2.

The following are the annual prescribed values for motorcars and petrol offered to employees:

Under the Prescribed Method, the annual value of James’s use of Mazda CX-5 as a company car benefit for working in P-Tech is not based on the company’s purchase price of RM 96,000. Rather, it is based on the cost price of the company’s car when it was new which is RM 135,000. Hence, the
annual prescribed values to James for his use of car and petrol are:

But, James used the company car benefits and free petrol for a period of 9 months.

Based on the prescribed method, the final amount James would be declaring is RM 4,875 on his income tax filing.

James may choose to declare any of the two amounts under Section 13(1)(b):

You may need customised tax services if your present financial standing is a lot more complex. To search for highly qualified local tax consultants, you may use Joolah.my Malaysia.